Concerning report into Tas RSL members - A report commissioned by RSL Tasmania has found more than half of its members rated thei ...
Storm's Welch fined for NRL bubble breach - Melbourne prop Christian Welch has been fined $20,000, with half of that suspended, by the ...
Vaccine for everyone in US by April: Trump - US President Donald Trump says he expects to have available enough doses of a coronavirus ...
French virus cases hit new daily record - France has reported 13,215 new confirmed cases of COVID-19 over the past 24 hours - a new ...
US forecasters run out of hurricane names - US forecasters have ran out of traditional names for storms, forcing them to begin using t ...
Latest snapshot of the coronavirus impact - LATEST DEVELOPMENTS* Victoria recorded 45 new virus cases and five further deaths, taking ...
Virus cluster grows in southeast Melbourne - The race is on to contain a coronavirus outbreak linked to residents of five outer-Melbour ...
Premier ponders October border reopening - Tasmania could reopen to safe jurisdictions - including South Australia, Western Austral ...
Fines for no-show wedding caterer - A wedding nightmare became reality when a caterer failed to show up at a reception in West ...
Irrigation scheme design detail - The preferred design option for the Fingal Irrigation Scheme has been launched today. T ... 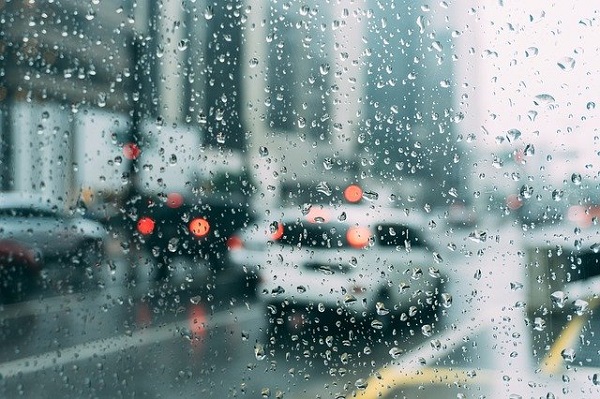 The Tasmanian government has once again urged Tasmanians to take care on our roads ahead of wet weather on the way.

The North West in particular will be affected, with up to 100 millimetres between today and the weekend, in contrast to the regions usual dry spell.

It has authorities on edge because it inevitably goes hand in hand with road crashes.

'Make sure you're aware of what's happening in your surroundings. put your mobile phone down. Stay to the speed limits, drop it if need be, but actually do all of these things so you can keep yourself safe, and the other road users.'

The fresh warnings also come after a recent spate of crashes resulting in death and serious injuries.

The years statistics are higher than this time last year, which is concerning to police.

22 people have died this year on Tasmanian roads, with a further 163 seriously injured. This is compared to 19 fatalities and 148 serious injuries at this time last year.

Commissioner Higgins is highly displeased with the statistics.

'We had three months where we had very few serious crashes, and only one fatality, so it's really disappointing that we've had an uptick of more fatalities over the last three to four weeks.'

There is further cause for concern in recent reckless behaviour on our roads. 27 drivers were found with drugs in their bloodstream when tested at Ouse on Sunday, following a music event.

The Tasmanian government urges drivers to take care and follow road rules, and to remember that behind these statistics is a Tasmanian who tragically leaves behind loved ones, friends and colleagues.