Labor calls for short-term stay permit regulation - The Opposition are calling for a pause on whole house short-stay rental permits ahead ...
Works begin for Taste of Summer - (Image: Taste organiser Jarrod Nation with Tourism, Hospitality &amp; Events Ministe ...
Moderna COVID-19 booster given approval - Australians will now be able to choose between two types of COVID-19 boosters, after the m ...
Mum walks after helping killer to escape - A mother of five who helped a man escape detection after he murdered a teenage girl and hi ...
Launceston-Gold Coast flights take off - The first direct flight between Launceston and the Gold Coast for more than 20 years has ...
Launceston beats Hobart for generosity - Launceston has boasting rights over Hobart on one important measure of character. Just ...
Housing powers on - Tasmania's runaway property market won't have interest rates putting a brake on conditio ...
Djokovic included in Sydney ATP Cup field - Novak Djokovic has been named in the Serbian line-up for next January's ATP Cup team event ...
Qld man guilty of drug-dealer murder - A Gold Coast man who beat his partner's drug-dealing ex-boyfriend to death during a bungle ...
Tasmania to fight for fifth Ashes Test - Premier Peter Gutwein has confirmed a proposal is in the works for Cricket Australia (CA ... 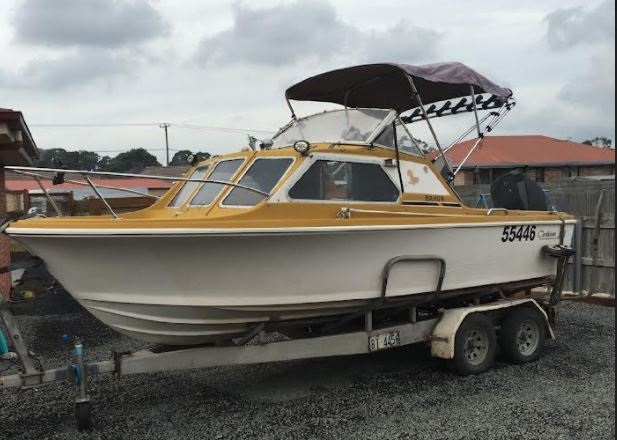 Sonar scans of the sea floor off northwest Tasmania will get underway for a second day in the search for a missing man and a boat.

Thomas Courto hasn't been seen since October 18 when he set off from the town of Wynyard with friends Isaiah Dixon and Bree-Anna Thomas.

The bodies of Mr Dixon and Ms Thomas were found washed ashore at nearby Table Cape on Wednesday afternoon.

Air and sea efforts have been suspended and Tasmania Police will conduct an overview and assessment of the search on Tuesday.

A scan of the seabed, which on Monday failed to find any trace of the 17-foot yellow and white motorboat or Mr Courto, will resume on Tuesday.

Inspector Steve Jones has said it is unlikely Mr Courto is still alive.

Sonar scans have focused on an underwater area of some 340 hectares about three to four kilometres off the coast.

Police have asked members of the community not to join search efforts in the water due to rough conditions.

The trio, all from the northwest, were reported missing by family on the afternoon of October 18.