Two cities locked down, virus kills 17 - China has put on lockdown two cities at the epicentre of a new coronavirus outbreak that h ...
Fear grows in Tas mine worker search - Fear are growing for the safety of a miner who went missing after an earth collapse at Tas ...
Qld couple 'wouldn't survive' plane crash - A Brisbane husband and wife onboard a light plane that crashed into water at high speed wo ...
Three dead as water tanker crashes in NSW - Three United States firefighters have died in a fireball after their aerial water tanker c ...
Trio charged over alleged crime spree - Three people have been charged following yesterday&rsquo;s arrests on the Bowen Brid ...
Holmes ready to bounce back to NRL best - He may still have one eye on the NFL but Valentine Holmes says nothing has distracted him ...
What we know about the new coronavirus - Global health authorities fear the transmission rate of coronavirus will accelerate as hun ...
Improving jobless data - Tasmania's unemployment rate's improved again. In new ABS data, the trend jobless figur ...
US to add more countries to travel ban - The United States is moving to add more countries to its travel ban list, US President Don ...
US mum accused of suffocating children - A US woman arrested on suspicion of killing her three young children told investigators th ... 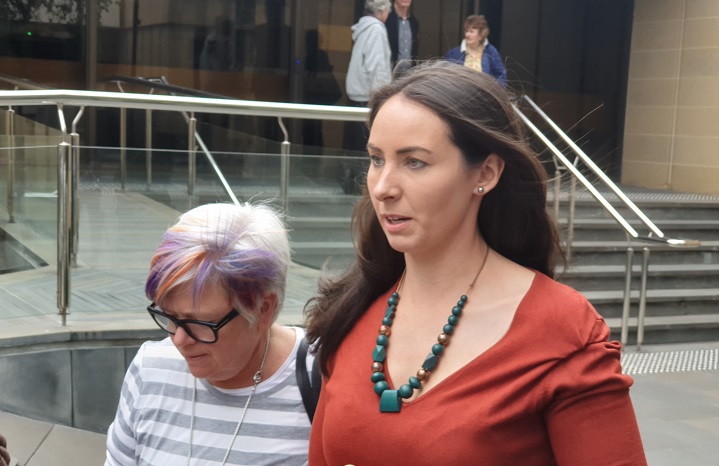 Susan Neill Fraser's daughter says the family is shattered she'll be spending another Christmas behind bars after the latest hearing into her appeal.

Neill-Fraser is appealing her murder conviction over the Australia Day disappearance of her partner, Bob Chappell, from their yacht at Sandy Bay in 2009.

The wheels of justice are turning a little too slowly for some, with this morning's hearing dominated by discussion of exactly what evidence will be uncontested by both sides.

The lawyer who represented George Pell, Paul Galbally, appeared for the appellant via video link from Melbourne.

As expected, the case will turn on sensational claims by purported eyewitness Meaghan Vass, who claimed she saw someone else attack Mr Chappell on the yacht that night.

It's come to light after Tasmania brought in new "fresh and compelling evidence" laws in 2015 permitting more than one appeal against a sentence.

Another hearing is expected in the new year although a date is yet to be fixed.

Outside the Appeals Court in Hobart on Friday, Neill-Fraser's daughter Sarah Bowles questioned whether her mother will ever see justice while the case remains in Tasmania.

"We have an excellent legal team, but from from what I just witnessed in there it does feel very much like while this runs in Tasmania we have limited hope, I feel, of getting a positive outcome," she told reporters.

"My kids really miss her...we're never going to get this time back again."